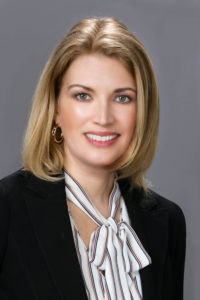 Sixteen states, including New York, require employers to provide COVID-19 workplace safety training to employees. Even in states where training is not explicitly required, such as New Jersey and Pennsylvania, employers should consider providing COVID-19 workplace safety training. The Occupational Safety and Health Act and related state laws require employers to provide a workplace free from “known hazards” that are “likely to cause death or serious physical harm.”

Are Employers Required to Pay for COVID-19 Testing?

Health plans are not required under Federal law to cover COVID testing if the reason for the test is not an individualized treatment or diagnosis. For example, return-to-work screenings do not have to be paid by an employee’s health plan. If an employee is not covered by an insurance plan, then the employer should look to the Americans with Disabilities Act (ADA), which contains pre-pandemic guidance that employers may be obligated to pay the costs of administering mandated tests.

U.S. Immigration and Customs Enforcement (ICE) recently announced that employers with entirely remote workforces as a result of COVID-19 have another 60 days until November 19, 2020 to utilize remote Form I-9 inspection requirements when onboarding new employees. The extension does not apply to businesses where some employees still physically report to a work location. If any employees are physically present at the worksite, in-person physical inspection of Form I-9 documentation must occur.

If you require assistance with your Form I-9 verifications and audits, please contact Susan L. Swatski, Esq. at sswatski@hillwallack.com.

As employers re-open their offices and employees return to work in person, we have been receiving a number of questions, so we thought it would be helpful to provide you with a summary of the most commonly asked questions and our responses. Please keep in mind that these answers are intended to provide general information; employment laws are heavily nuanced and fact specific.

North Carolina (as well as other states) has become infamous for HB-2, a law that restricts restroom use in government buildings based on the gender listed on an individual’s birth certificate, and which is directed towards transgender individuals. The law additionally prohibits municipalities from enacting anti-discrimination laws of their own.

The reaction to HB-2 has been swift and furious. PayPal and Deutsche Bank, among other businesses, are halting planned expansions into the state, and multiple cities and states across the country have implemented travel bans for government employees going to North Carolina. The National Basketball Association (“NBA”) said it will change the location of the 2017 All-Star Game if the law does not change, and a significant number of filming projects and entertainers are refusing to perform in North Carolina, which has led some experts to conclude that North Carolina will lose $77 million in revenue as a result of HB-2. Additionally, the American Civil Liberties Union filed a federal lawsuit challenging the law; the case is captioned, Carcaño v. McCrory and is pending in the U.S. District Court for the Middle District of North Carolina. Also, the United States Department of Justice and the State of North Carolina are currently in litigation over whether HB-2 violates Title VII of the Civil Rights Act and Title IX of the Education Amendments of 1972.

In response to HB-2 and similar laws in other states, the Equal Employment Opportunity Commission (“EEOC”) issued a fact sheet to remind employers that discrimination based on transgender status is sexual discrimination under Title VII of the Civil Rights Act. The EEOC’s fact sheet also reminded employers that HB-2, and other similar state laws, is not a defense to any action brought under federal laws. The EEOC’s fact sheet goes on to state, based on multiple rulings:

In addition, the EEOC fact sheet warns that “gender-based stereotypes, perceptions, or comfort level must not interfere with the ability of any employee to work free from discrimination, including harassment.”

While employers everywhere should be mindful of the EEOC’s position on this matter, it is especially important for those in states subject to laws such as HB-2, as contrary state law is not a defense against potential litigation given the federal statutes. Hill Wallack employment law attorneys are available to help navigate issues such as these and how they may affect clients in New Jersey, New York, and Pennsylvania.